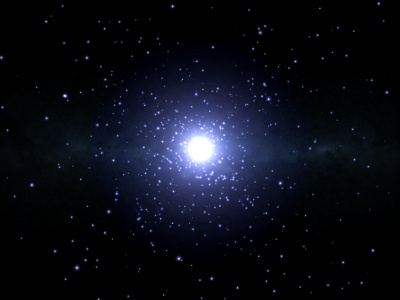 This was a total surprise for me. Trace+Mrdoob joined their powers together and built this nice HTML5 Javascript demo called "Or so they say...", using my song "A dream of sorts" as its soundtrack.

It's really interesting to see how the same song inspires different things to each person. I personally didn't picture universes, galaxies and stars when I composed the song. It was more something akin to sulphur, colour gradients and a general blurriness after a long day of driving through Iceland and enjoying exciting, strange and unexpected sights.

I love the demo in itself, but also (obviously!) because it's got my music, and because it is made with Javascript, and anyone can learn from it; and because mrdoob keeps adding new stuff to it and it gets instantly updated, it being an online version; but above of everything, I love it because it really makes sense to call it a demo: it is a true demonstration of what you can do with a nowadays, modern browser.

And this brings me to that absurd rage which is slowly but certainly developing in certain demoscene factions: the ones who exclusively use Windows in their computers and could never understand why people using platforms other than Windows could feel slightly discriminated in the scene. Now they look confused, demanding a video because they WOULD NEVER INSTALL CHROME! A video for an HTML demo! Guys, you're just ridiculous and obviously have lost the entire point of this -- it being that HTML is multiplatform, and allows people using any operating system to access and experience the demo. Right, except probably Mac OS because it's not that good, but anyway, you clearly don't get it, so why not just shut up and experience the same frustration people using Linux have been experiencing for years when you told them to install Windows if they wanted to watch a demo?

Yeah, I'm being slightly cynical here. But only slightly.

In any case, I'm glad these small groups of people are just that--small, and everyone else is a tad more open minded and understands that for the HTML technologies to improve, we really need demos like this which push the browser capabilities even more forward and encourage competition amongst browsers. This can only be good, and I really prefer that to a future where we all use the same cumbersome, tedious operating system and the same cumbersome, tedious browser for tedious, boring stuff. I say, let's bring some fun back to browsers!!

And here's some background about the demo if you're interested.