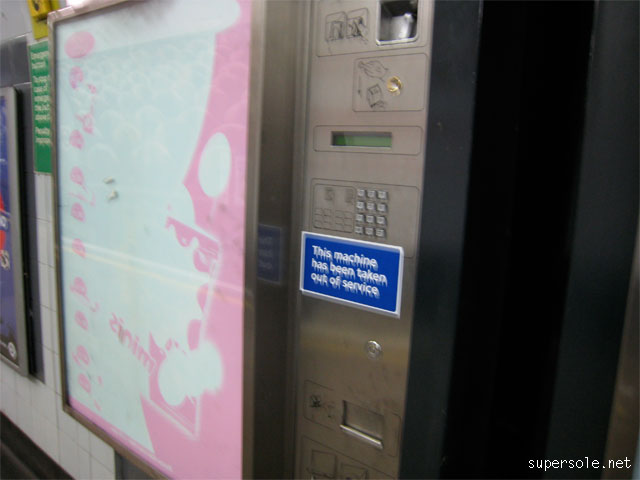 I wonder how is it possible that all Cadbury egg machines in the tube had been taken out of service and nobody had said anything about it, given all the fun which the same fact produced past year.

Past week-end was the idlest one I have had in probably years. I let myself fall into the luxury of playing and finishing a videogame, The Guardian Legend , which I hadn’t managed to finish in the past 14 years. Yes, it was a NES game and I must admit that I used Game Genie codes shamelessly. Come on, I had to play more games!

Excitebike more concretely. Just left Metroid for later. In the meantime I found there’s another, older game by the creators of The Guardian Legend. It’s called Zanac and its authors didn’t think twice before using some sounds and graphics from Zanac in The Guardian Legend. It’s so evident! But it looks funny. I didn’t play more because I was tired (I am very disused to playing games :D).

I also did a siesta, which is something I veeeeery rarely do, although there’s lots of people which believe that nobody works in Spain in the evenings because we are all doing the siesta. Actually, as you may know, I’m not in Spain, but they sometimes seem to believe that I must act as if I was there. You know, dressing with those sevillana dresses and clapping hands and saying ole ole every 4 words. Ole!

Sunday wasn’t much better. I woke up late, and spent a copious amount of time tripping down the memory lane, learning what happened to the 80’s and 90’s software companies like Ocean, Imagine, Ultimate, etc, finding lots of personal homepages from developers and artists of that Golden Age, all of them writing nostalgically about those crazy good old pioneering days. It sounds all too familiar.

So somehow my brain triggered the stop delighting yourself in everybody else’s nostalgia and do something useful for today, and for tomorrow as well if possible . And I gave the finishing touches to something that I had on mind since a couple of weeks ago: Delicatessen

Luckily my brain was still on this morning when I woke up, and I haven’t stopped doing productive stuff all day long. There could be lightnings, thunders and rain outside and the weather could hardly have been more miserable, but I didn’t care! 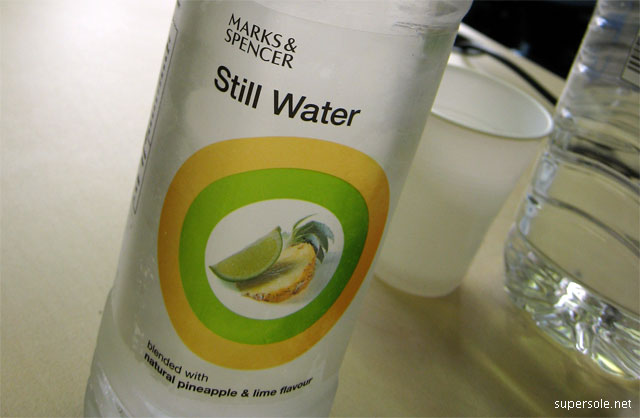 It might not be as original as Pepino’s cucumber Pepsi but I had to inform you that yesterday I tried pineapple & lime flavoured water and it was quite cool! It tastes specially better when you drink it minutes after emerging from the savagely hot tube, actually.

I normally buy lemon flavoured water (when I don’t buy normal water). Had a try first with the strawberry and apricot versions and they weren’t pleasant at all, feeling like if someone just put water on the remainders of some juice, so it’s great to have more alternatives.

Apart from getting a bit toasted in the beach this past week in Minorca, I also practiced a bit of book-devouring, which is something that I hadn’t done for a loooong time.

It consists basically in reading a book in the shortest time possible, not because you want to achieve a record but because you feel so intrigued about the storyline that you want to read more and more -and so you can’t stop reading.

I had been looking for some books the weeks before. More specifically, I had been looking first for a cheap edition of Samuel Beckett’s Molloy, even if the original version is in French, just for the sake of reading it in English and somehow comparing it with the Spanish version that I have. After spending some hours in most of Charing Cross Road bookshops, I finally desisted and went into Foyles to see if they any of the short stories books by Max Aub, in Spanish. This was even more utopic: they have some content for Spanish language students, but expecting them to have such an intricate title was maybe a bit too much.

Obviously there was nothing and I was beginning to think that I would have to bring with me a big edition of the Hitchicker’s Guide to the Galaxy that I still haven’t finished reading (and I presume I’ll finish it in two years time, seeing how it went until now).

Then, a nice and hot Sunday walk into the realms of South Bank revealed its weekly books-under-the-bridge market. Would it have any interesting book?, I asked myself. And suddenly I found it: Rama revealed. The end of the story! After having read previous books, and left in doubt about the end of the story, I absolutely had to buy it! And so I did.

I kept it as my precious for days – didn’t want to start reading it before time. When I finally began, I -read- devoured 80 pages in just one go. Had to prevent myself for reading more or I would finish it in just a couple of days!

So, yes, it was indeed interesting, even if the non-pure Clarke books in the collection have managed to collect the worst criticisms mainly because they aren’t enough scientific. I even felt a bit of sorry when I was approaching the last pages of the book, like when you have to say bye to someone who has been with you for some time. It was like saying: Bye, Nicole!

The first video player that I used had such an accurate clock that the whole family adopted it as the universally agreed reference time. Kind of a clock.apple.com but a bit more homely.

Of course, there were little accidents like when the lights went off if there had been a strong storm, and we had to re-enter the time (it was so complicated to program the date that nobody even bothered to do that) manually, since it didn’t have a backup battery for these cases.

Apart from that, it was reliable and served us well for almost ten years, which is clearly a lot compared with the lifespan of today’s domestic appliances.

The next one was easier to configure and could be done with the remote, instead of having to press little buttons underneath an almost hidden cover in the device itself. We could even program the date and it was very simple! But at the same time that we got that new video recorder, we also got a big TV which came with the impressive teletext technology. And that prevented us from trusting the new video as our reference clock: teletext’s clock became the one and only.

More or less by that time we decided to buy a digital alarm-clock. It even had radio! Woooo! But it soon was unanimously christened as the Infernal Machine. It had a funny tendency to slightly get detuned, so when waking up with the radio function you were welcomed with a cruel mix of top-40 hits modulated with some static noise and interferences. Not pleasant at all.

And it still had more to offer: some months later, it decided by itself that 60 seconds minutes were an irresponsible waste of time and that it should be corrected immediately. So it began to produce its own minutes, and woke us up at 5 or 6am instead of at 7am.

I even chronometered it – its minutes were of 57 seconds only. We felt betrayed: after having put all of our hopes in that little white and graciously curved appliance so that it would help us start the days with a sunrise, it just made us jump in disgust in the middle of the night, specially the first day that happened, when we hadn’t noticed and we really thought it was 7am.

We relegated it to a corner and instead began to use an analogic clock to wake up. It was archaic and didn’t have radio but we could switch a nearby CD player on after stopping the snooze.

That incident had almost disappeared from my mind until I noticed that the microwave’s clock and the oven’s clock were desynchronized. Not only that, but both are late. In this case, they are being far too generous with their seconds, and they always appear earlier than it in fact is.

All these observations allow me to express a very personal opinion: that’s why they wanted to have Java running on every domestic appliance, to be able to connect every day to a clock service and make sure that the device is on time.